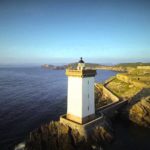 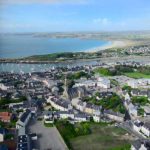 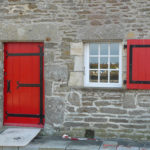 Best known today as the port from which ferries sail for Ushant, Le Conquet is a charming place to linger, with pretty beaches north and south. Wander round its lanes and panels explain its history. One tells of the terror the villagers experienced in 1558, when a large English force came and destroyed the place. You can still see some lovely old houses in the centre, though, while inside the neo-Gothic church, homage is paid to the no-nonsense 17th-century Breton missionary, Michel le Nobletz, a defender of the poor who spent his last decade here. Now, a cluster of appealing bars and boutiques stand nearby.